The Artwork of Vincent Cacciotti 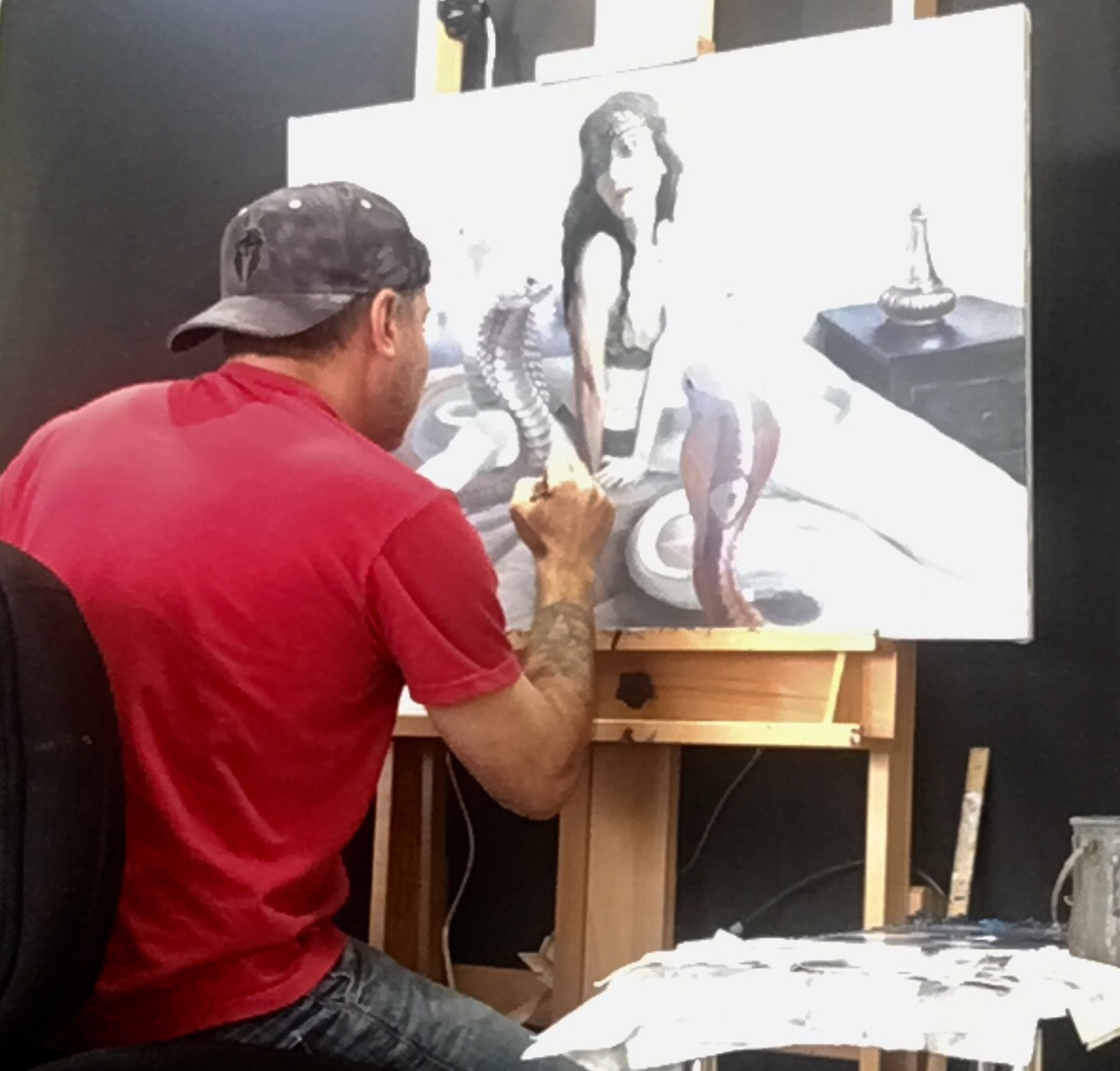 Vincent Cacciotti is a neo-surrealist painter living and working in Los Angeles, CA.  He was born in 1965 in bucolic upstate New York, where he was inspired by the Mohican, Dutch and industrial revolution influences, that make up his hometown of Troy, NY.  It was here that Vincent at a young age was moved by his fathers passion in art, which inspired his own passion for painting.  In an effort to hone his self taught talent into skill, Vincent moved to New York City in 1998 to study at the Art Students League where he learned to break from artistic and social conventions.  He later moved to Los Angeles in 2000 to further his education at The California Art Institute studying under Glen Orbitz and Aaron Westerberg .

Vincent’s Work is inspired by fleeting thoughts of unrest, dreams, and the inexplicable.  His work taps into the imagination, depicting the travels of the human mind, body and soul by delivering to the viewer the omnipotence of dreams and the undirected display of thought by creating surreal images imbued with hidden meaning which are edgy, passionate and intellectual.   His work features wickedly provocative body-centered females; portraying indirectly yet powerfully, a quasi-erotic ruckus.

Vincent’s most recent works create an integrated, multidisciplinary installation that reframes his earlier investigations of feminine identity and its straying boundaries.  Engrossing and deeply moving, his latest work mostly shift attention away from the feminine form, relying on metaphor for concerns.  The theme is elusive, but potent nonetheless; it is material and psychologically inviting, pushing the boundaries of the viewers imagination.